Difference between revisions of "Ecclesiarchy"

Symbol of the Adeptus Ministorum 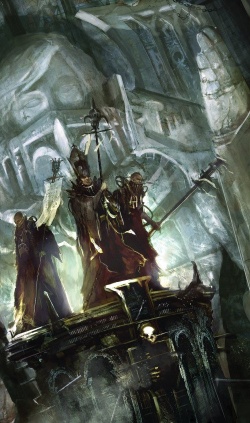 The Ministorum also includes an administrative bureaucracy, the Creed Temporal, headed by Arch-Deacons, who controls all secular business. Arch-Deacons are the administrative counterparts to Cardinals, responsible for the temporal affairs of an entire diocese. Their servants deal with the money entering and leaving a specific diocese or parish, regulate the construction of new shrines and temples and deal with the other physical requirements of the organisation.