The Liber Chaotica is a series of background books about the gods and servants of Chaos in Warhammer written by Richard Williams and Marijan Von Staufer. They were released one after another in 2003 and 2004.

The books are presented in the form of the fictional writings of Richter Kless, a character of the Warhammer world. The authors take the role of an editor who goes through Kless' works, which contains studies, illustrations and excerpts from other fictional sources. The Liber Chaotica also provides background related to the Warhammer 40.000 universe, written as cryptic records of recurring visions Kless suffered. 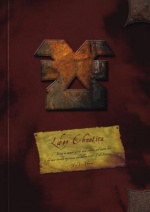 Volume One of the series. The work emphasizes the nature of Khorne and the religious cult following the deity. Kless describes the god's aspects of violence, fighting and war. 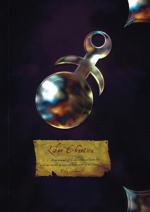 Volume Two of the series. The work emphasizes Slaanesh's birth, descriptions on the god, and the religious cult following the deity. Kless describes the god's aspects of seduction, pleasure, and vanity. 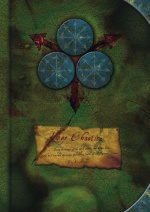 Volume Three of the series. Nurgle is the only god discussed without a description of his followers in Warhammer 40.000. However, it does describe Nurgle's aspects, his plagues, and his cult following. 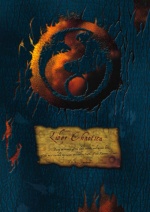 Volume Four of the series. The work describes Tzeentch, the nature of the warp/magic, and the religious cult following the deity. Kless describes the god's aspects of confusion, knowledge and transformation. 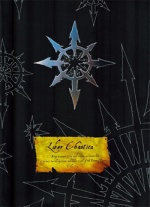 This books is a compilation of the previous four volumes. It features a fifth volume about Chaos Undivided. The work discusses the minor gods, the types of gods, and general information on the nature of Chaos.

The dark shadows moving in the north are coalescing into a terrible shape. Legends have warned of this day, the prophets shriek and gibber and tear at themselves, overwhelmed by the blasphemy taking form. From fevered dreams, three words are endlessly repeated: Liber Chaotica Complete. For the first time in recorded history, all the secrets of the Realm are laid bare in a mammoth, 416-page softback book that collects all the previously published volumes plus a section on Chaos Undivided.[1]