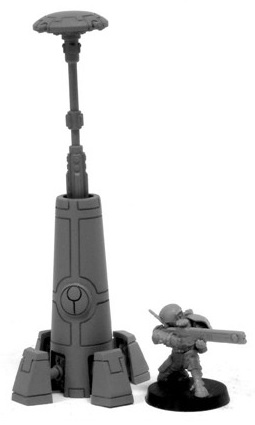 Remote Sensor Towers are detection systems used by the Tau Empire. First encountered during the Taros Campaign, a Sensor Tower is an information relay station that scans the surrounding area and relays data on enemy movements to other Tau units in the vicinity. It incorporates advanced ground sensors, its own Markerlight system, and targeting information which is used to guide other attacks. Sensor towers mount no weaponry, but are considered expendable by the Tau.[1]