The Age of Terra is the name given to the period of human history dating from the dawn of mankind to the Dark Age of Technology. Early in Mankind's history, the mysterious Perpetual known only as The Emperor is said to have ruled as a king with Oll Persson as his Warmaster. The two engaged in a war with a Cult which in time would become known as the Cognitae. During their war, Persson defies the Emperor's orders by destroying a Warp-generating tower constructed by the Cognitae.[47]

Later, cities such as Atlantys and Nova Yoruk are cited as being the most legendary and ancient cities of Terra.[8b] Nations known as Jermani, Merica, Britania are said to have prospered and wilted during this time. Eventually humanity was able to invent space travel, allowing for the colonization of the Solar System.[4b] 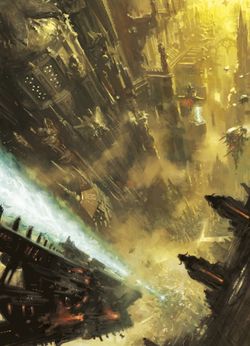 Since the Heresy, Terra has largely stood as the untouched center of the Imperium, though it was the site of violence during the War of the Beast, The Beheading, Siege of the Eternity Gate, Years of Madness, and the Age of Apostasy.[5] Recently, there have been Genestealer Cults spotted on Terra, beginning the Unthinkable War.[46] 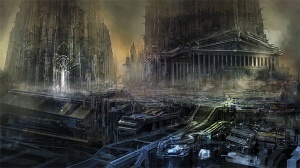 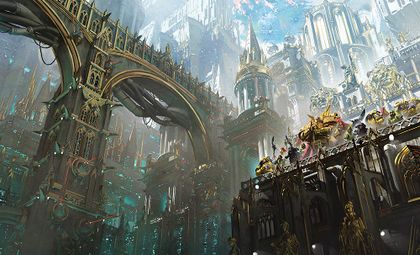