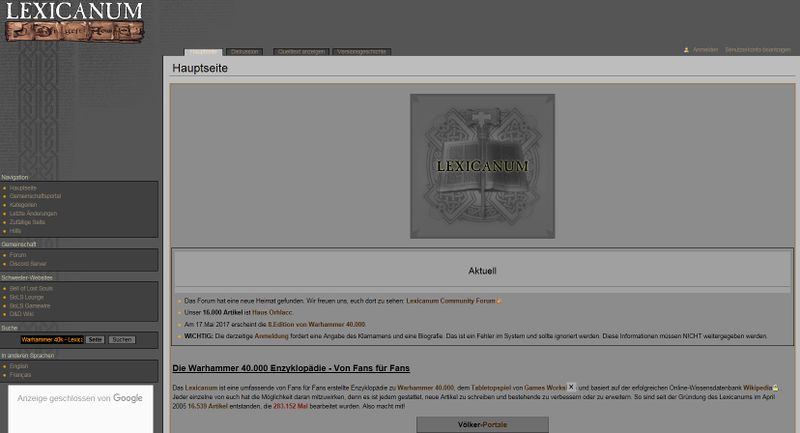 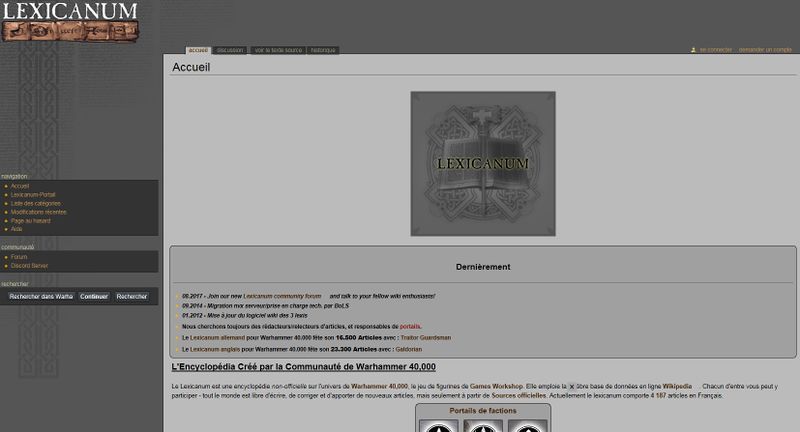 Although all Lexicanum sites operate on the same server and with certain key roles filled by the same people they have a great degree of independence and though some users are active on more than one site there are of course language-specific user "populations". This also means that other language versions are usually written independently rather than being a translation.

Many pages on the English Lexicanum are also available in other languages. These pages are accessed via the interlanguage (also known as "Interlexicanum") links, visible on the bottom left of a page.

Only links to existing different language versions for that page will be displayed. A lack of interlanguage links indicates that there is no equivalent page in any other language.

To learn how to include interlanguage links in articles go here.