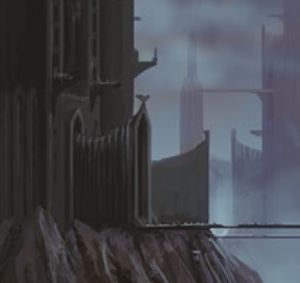 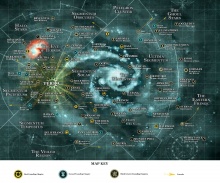 A Space Marine homeworld or a Chapter Planet[2] is the base for a Space Marine fortress-monastery.[3a] For some Chapters the world also serves as their sole recruiting world; other chapters draw their recruits from several planets.[3a]

A "Chapter planet" is an Astartes world which is both governed by the chapter and which serves as the base for their fortress-monastery.[3a] Astartes homeworlds may be Imperial planets, while some are not planets at all, but take the form of orbiting spacecraft, deserted moons and asteroids. The commander of the chapter is often also the traditional ruler of the chapter planet, in which case the Chapter Master also holds the rank of Planetary Governor.[3b] Chapter Planets are exempt from normal Imperial Tithes.[2] Many Astartes homeworlds are Feral Worlds, which provide the best warriors. Not all Space Marine Chapters have a single homeworld; some chapters such as the Imperial Fists, Black Templars and Blood Ravens take their aspirants from several different worlds. Entirely fleet-based chapters do not possess worlds, and instead recruit from any convenient and promising worlds.[4]

Several Space Marine Chapters guilty of treason (but those still deemed redeemable), such as the Mantis Warriors and Executioners, have been forced to forfeit their homeworlds - which forces them to become totally fleet-based chapters.[1]