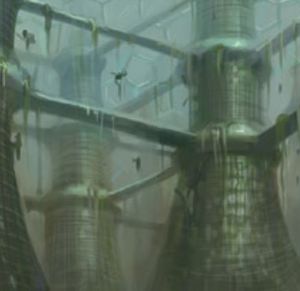 Worlds with 850 parts per 1000 of the planet's surface covered with crop cultivation, hydroponics, animal fodder or animal husbandry are classed as Agri-Worlds. The population usually ranges from between 15,000 to 1,000,000 - which is widely spread across the planet. The tithe grade of such worlds range from Exactis Prima to Exactis Particular.[2]