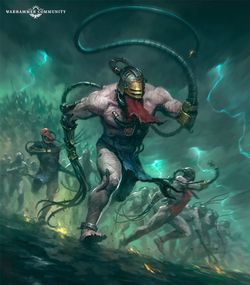 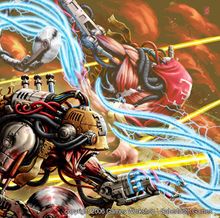 A higher order of Arco-flagellant used by the Inquisition, these living weapons are created from those rare individuals possessing the Pariah Gene, to combat the warp. Seraphs serve as bodyguards and weapons for their masters and are clad in red robes woven with sacred names, infused with warding circuits crawling with symbols and words of dead tongues and equipped with both pacifier helms and null limiters to keep them docile and contain their dampening aura. Even Sorcerers as old and powerful as Ahzek Ahriman were forced to flee in their precence, lest they be rendered utterly helpless.[8a][8b]