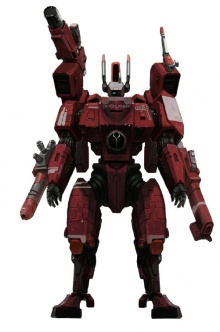 Commander Arra'kon is a Tau Commander and skilled Tau Battlesuit pilot and a member of The Eight, Farsight's elite honor guard.[1]

Born and trained on Vior'los, Commander Arra'kon was overall military commander of the Farsight Enclaves at the time of Farsight's return from the desert during the Farsight Enclaves's battle against Grog Ironteef. He possesses an analytical mind and the advanced new support system from the recently arrived Vision of Aun'shi, helping him make the most of his extensive anti-infantry weaponry mounted on his Battlesuit.[1]