Below is a list of known medals awarded to members of the Astra Militarum: 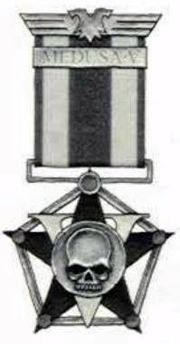 The Order of the Scarlet Wing[4]

The Religious Fervour Badge (symbol a stylised "KIL"), is a badge worn by members of the Astra Militarum.[8] Known bearers of the badge include Corporal Higgs.[9]

The Knight of Medusa[4]

This award indicates a Cadian soldier who has "won his laurels" during the Medusa Schism. Only soldiers who have won a laurel may bear the unit/regiment colours.[Needs Citation]

The Merit of the High Lords[4]

The Merit of Terra[4]

Awarded to Cadians who have made landfall in the most perilous landing zones and triumphed. Requires proven victories against overwhelming odds witnessed by their superiors or Imperial Navy overseers. Brings increased respect from the Navy.[Needs Citation]

The Order of the Eagle's Claw[Needs Citation]

The Order of the Storm[4] 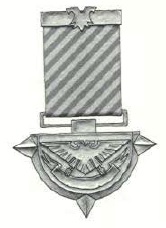 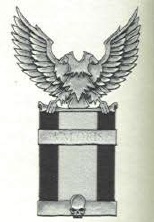