The Black Consuls were a Successor Chapter of the Ultramarines Legion, and are one of the 20 Astartes Praeses chapters. They were created in the Second Founding.

The Black Consuls were formed shortly after the Horus Heresy. Arrias Cordos was their first Chapter Master.

The Black Consuls are a Primogenitor Chapter and were known to be the least compromising of the sucsessor chapters, dogmatically following the Codex Astartes no matter the situation.[7] For the vast majority of their history they were a Crusading Chapter, stationed aboard the ancient star fort Noctis Obscurum. However, in M40 Dark Eldar saboteurs infiltrated the Obscurum and detonated the ancient fort's Warp drive. Afterwards the Black Consuls relocated to the planet Cyclopia. They spent the next three centuries on a vengeful crusade against Dark Eldar, purging fifteen star systems and invading the Webway itself and collapsing an entire sub-dimension.[6]

Three and half centuries ago the majority of the Chapter was destroyed in the Siege of Goddeth Hive. There they faced a combined army of Iron Warriors and Word Bearers, including the ancient Infidus Imperator.[5] At the moment of their defeat, the Iron Warriors detonated Goddeth Hive's nucleonic reactor, vaporizing themselves, the Black Consuls and much of an entire continent.[5][6]

Before their disappearance Black Consuls Battle brothers always stood defiant to the enemies of the Emperor. They used to make regular pilgrimages to the Shrine of the Primarch on Macragge and also had several past Chapter Masters being some of the most valued counselors of the Master of Macragge.[5]

While the main force was destroyed, as accounts suggest, many space marines still survive because they were on other special duties like, working for a composite Space Marine force attached to a larger Imperial crusade, officers in consular duties or planning for large scale strategy with other chapters, undertaking duty in the Deathwatch or on a pilgrimage to the Shrine of the Primarch on Macragge. Those space marines have the choice, depending on existing resources, of trying to restore their chapter or decide to serve the Imperium as long as they can in organizations like the Deathwatch.[5]

Sometimes Black Consuls marines in the Cellebos Warzone may hear claims of a group of Word Bearers that participated in the destruction of the Black Consul chapter, which vows to attempt to capture one to extract the truth, if such opportunity arises without breaking his oaths.[5]

Many Battle-Brothers of the Black Consuls resigned to the fact that they may have been the very last of their Chapter. These warriors were determined fight to the death, believing that the history of their chapter would end in glory.[5] Fortunately for the Black Consuls this was not to be the case, for they received Primaris Space Marine reinforcements from Roboute Guilliman during the Indomitus Crusade. The Black Consuls were able to rebuild themselves on Cyclopia and became stalwart guardians in Segmentum Pacificus.[12] 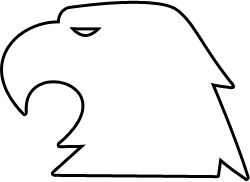 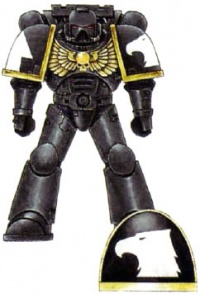