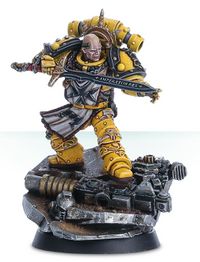 The Black Sword are massive, two-handed power swords, wielded by the Emperor's Champion of the Black Templars chapter.

Blessed by the chapter Chaplains and paired with the Armour of Faith, the Black Sword can be wielded as a two-handed or a one-handed weapon.[2]

The first of these weapons was given to Sigismund during the battle for the Imperial Palace. Though the weapon can take on many forms, it is invariably a power weapon that can slice through flesh and armour with equal ease. It also considerably increases the strength of the Black Templar who wields it.[1]\ 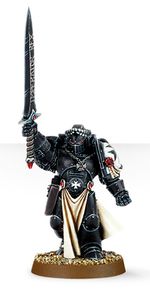