The Black Wings are a Space Marine Codex Chapter. Half of the Chapter has gone renegade.[1] 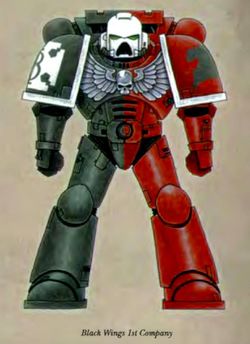 Veteran of the 1st Company[5]