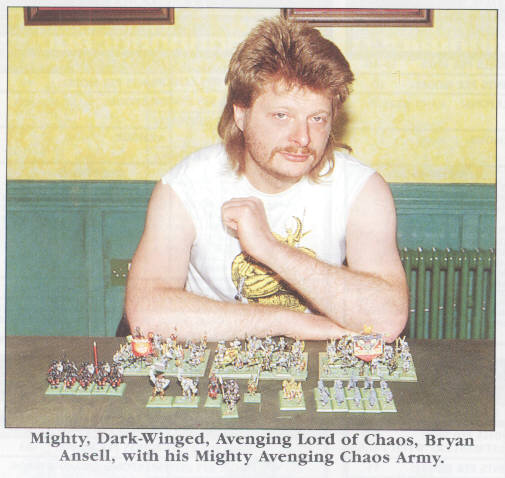 Along with Rick Priestley, the Perry Twins, and others including Richard Halliwell, John Blanche, Jervis Johnson, Alan Merrett, Ansell was responsible for the massive Warhammer (later Warhammer Fantasy Battle) boom of the mid to late 1980s, which many long-term wargamers now refer to as 'the Golden Era'. In many ways it was the Warhammer game developed by Ansell (and Priestley) that made Games Workshop so successful and which has enabled the continued growth of the company since.