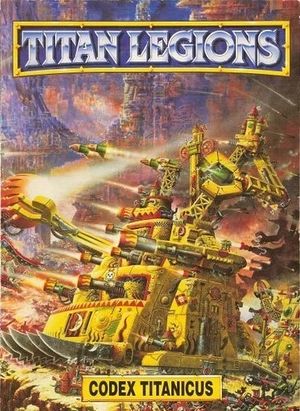 Codex Titanicus is an army and background book for the Games Workshop game and is part of the Adeptus Titanicus (game) system.

This book was published in 1994 and was part of the box set, not available separately, but also it was never translated.

The book consists of 112 pages and contains 16 pages and the front cover in colour. The rest are in black and white.

The following models are shown in the 'Eavy Metal section.

In addition, there are many other non-titan models shown.

The following people were important in the production of this book.