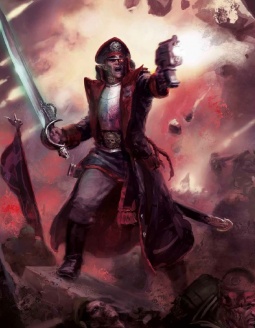 Personnel selected to become cadet Commissars are drawn from the Schola Progenium - Ecclesiarchy-run schools where the pupils have already received a strict Imperial Cult education. The training of Cadet Commissars lasts for an indeterminate length of time, and their advancement depends entirely upon the judgment of the full/senior Commissar responsible for their development. Training may involve deployment as part of a Commissar Training Squad[4] and/or secondment to an individual full/senior Commissar.[Needs Citation] 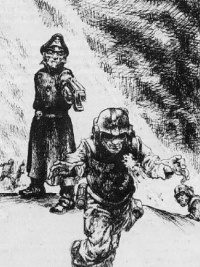 Cadet Commissars are given the standard arms and equipment of a Guardsman, although they retain their distinctive uniforms. These uniforms differ from those of a full Commissar by featuring blue trim and a specific Cadet emblem.[Needs Citation]

The standard rank of Commissar, at least one is assigned to every Imperial Guard Regiment. Their duty is to oversee the morale of the regiment, enforce discipline, and inspire the men in combat.[1a] In addition, they have the power to relieve an officer of command if they suspect that officer's judgment is impaired or otherwise flawed.[22] 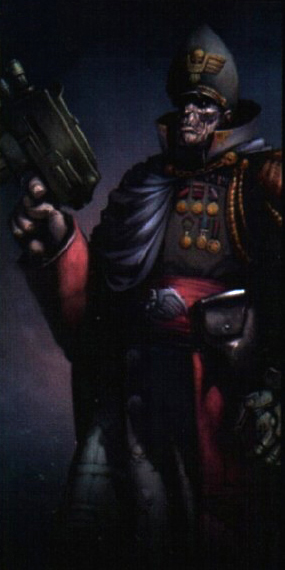