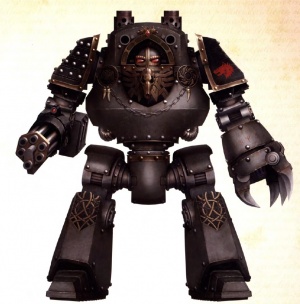 Once the standard pattern of Dreadnought in the Great Crusade-era, the ability to create new Contemptors is now beyond the Adeptus Mechanicus or perhaps a closely guarded secret by certain Tech-Priest factions. At the time of the Horus Heresy it was a recent design, equipped with advanced energy generators that allowed for enhanced speed and strength as well as defensive energy field systems. These advantages came with a price however, for it requires a higher degree of maintaneance and a catastrophic meltdown may occur if its arc reactor is breached.[36] Some believe that the design may share systems with the dreaded, near-mythical battle-automata of the Legio Cybernetica. If this is the case, it may explain why so few Contemptors remain in service as of M41. Those few that still remain in service are relics of the Great Crusade, Horus Heresy, and The Scouring.[4a] In the 41st Millennium, the Castaferrum Pattern Dreadnought has become the most common.[3] 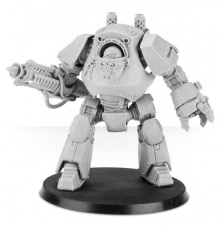 A Contemptor-Cortus Class Dreadnought with a heavy Conversion Beamer[5] 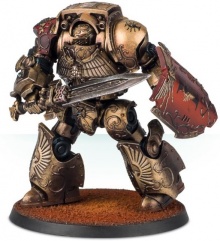 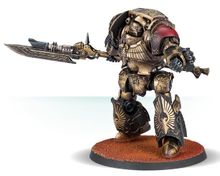 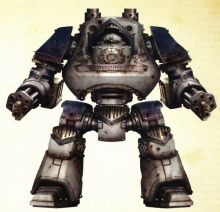 The Contemptor-Incaendius Class Dreadnought was a variant of Contemptor used by the Blood Angels Legion. Classified as a "fast attack" Dreadnought, the chassis was equipped with a Incaendius Booster Pack which allowed for the Dreadnought to fall from low orbit or make small jumps despite its bulk. This class of Dreadnought was only built within Mechanicum enclaves located on Baal's first moon as per an agreement between the Blood Angels homeworld and the Forge World of Anvillus. Armed with twin Talons of Perdition with built-in Heavy Flamers, the Incaendius served as a shock assault unit of unparalleled ferocity.[9] 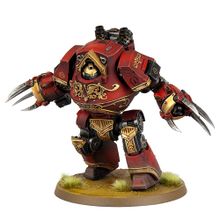 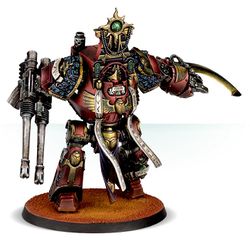