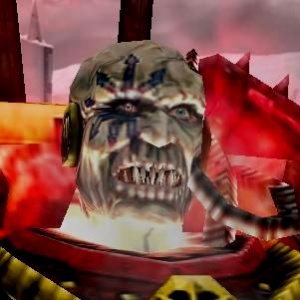 Lord Crull was a psychopathic Chaos Warlord who led the Blood Legion of Khorne, a World Eaters warband on Lorn V. Crull and the Ork Warboss Gorgutz struck an uneasy alliance after Crull discovered a fallen Imperator Class Titan on the planet, which he attempted to claim for himself. However, after trying to double-cross Gorgutz he was defeated and killed by the Warboss and his head mounted on his 'pointy stick'.[1]

He was rare amongst Khorne-worshipping warlords in that he sought the advice and skills of Sorcerers, despite having an immense distrust of them.[1]