From Warhammer 40k - Lexicanum
(Redirected from Cult of the Hive Cult)
Jump to: navigation, search 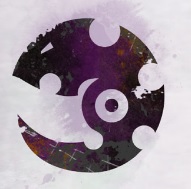 The Hivecult is one of the six Genestealer Cults documented by the Ordo Xenos.[1]

The Hivecult is a prime example of a Genestealer infection that has spread like wildfire across a densely populated Imperial world. The planet of New Gidlam has thirteen hives upon its pollution-blasted surface, each harboring tens of billions of souls. All bar one is besieged from below by the same cult. Though the cult’s emergence began in each hive with a spate of ritual killings that became known as the White Creeper[2], the violence soon blossomed into all-out war. The icon of the bladed wyrm-form is carried by all the dynasty’s members, whether they be the brood brothers of New Gidlam’s Imperial Guard regiments, or the hive gangs themselves. So militarized is the cult that the icons themselves are weaponize, appearing in stylized form as knuckle dusters, throwing stars or daggers. They are often used to slay those who stand in the cult’s way, an act rich in symbolism originally started by the cult’s Magus.[1]

Today, the Hivecult is known for its through subversion of the Imperial Guard and use of Sanctus Assassins. Its members have spread across multiple worlds as its infiltrated Imperial Guard members have been dispatched across the Imperium's many warzones. Having come to dominate New Gidlam, the Cult also spreads by infecting the world's primary export, roachworm silkwers.[2] The Cult prioritizes in recruiting warriors above all else and have unparalleled access to warships, aircraft, and troop transports which combined with their vast numbers allows them to attack every level of host society simultaneously.[3]