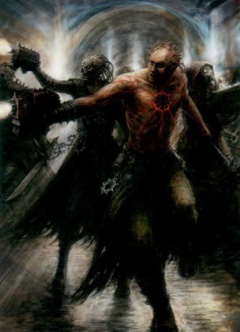 Dark Communes are the headquarters of a Cultist army. They normally consist of a Cult Demagogue, a Mindwitch and an Iconrach, who are protected by Blessed Blades.[6] 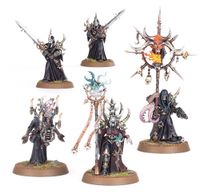 Accursed Cultists are Cultists who have been overcome by the powers of Chaos. They consist of either Mutants or Daemonically possessed Torments.[6]