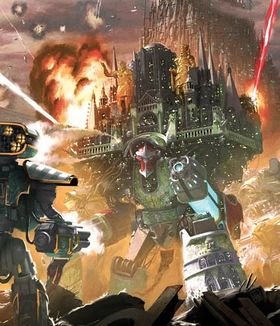 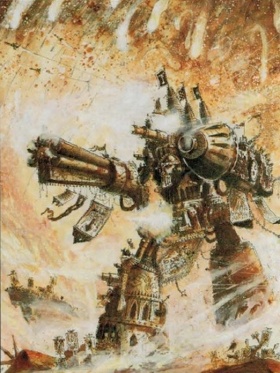 The Warmonger is very similar in structure and appearance to the Imperator Titan. Which was designed first is now lost to the mists of time, and all that is known for certain is that both Imperators and Warmongers have served in the Titan Legions since well before the Horus Heresy. However, while the two types of Emperor Titan are similar, they perform different functions of the battlefield. The Warmonger's weaponry is configured to provide long range fire rather than the more flexible configuration of weapons found on the Imperator. In battle, Warmongers will usually be held back to provide long range support, bringing down devastating salvos of missiles and defence laser fire on the enemy, while other units forge ahead and drive into the heart of the enemy.[Needs Citation]