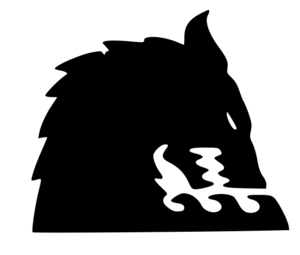 The Badge of the Sea Wolf

Engir Krakendoom is a Wolf Lord of the Space Wolves, leading one of the Chapter's Great Companies known as the Seawolves. Coming from a proud line of Fenrisian ocean-going warlords, hunting the vast oceans of Fenris for sea monsters known as Krakens. Engir was given his surname Krakendoom after he was dragged under the waves by a giant, many-limbed sea monster. When the man and the monster eventually surfaced it was Engir alone who still lived. He claimed to have throttled the beast with its own tentacles.[1a]

The Great Company of Krakendoom prefers to go to war in armoured transports and boasts many Swiftclaws that act as outriders for the main force. His men also excel in ship-to-ship conflict and boarding operations.[1a]

In 877.M41, Engir led his Great Company on a boarding mission to destroy a Warp-corrupted Void Whale, battling through hideous Remora along the way.[1b] In 999.M41, he defeated Eldar and Daemons on Spartha IV during the Hunt for the Wulfen.[2]

After the appearance of the Great Rift, Engir and his Great Company went to Prospero to attack the Planet of Sorcerers and bring ruin to it and the hated Thousand Sons. However no matter how many times Space Wolves army approached its system, they found themselves led astray by mysterious sentient eddies of warp and thrown back again and again.[3]