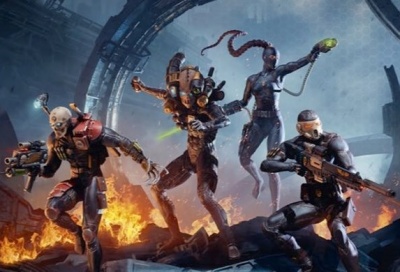 The Execution Force is a special military unit dispatched by the Officio Assassinorum of the Imperium.

Individual Assassins of the Imperium were a deadly weapon deployed as a scalpel against enemies of Mankind and are often deployed on the highest authority of the Imperium. However, there are occasions when it was decided that a single assassin was not enough to accomplish this goal. At such times, the High Lords of Terra have often dispatched an Execution Force - a number of assassins that work in concert with one another to defeat their foes.[1]

These assassin divisions are only deployed in the most urgent of threats as deploying even a single assassin was committing a scarce and valuable resource. This was because of the assassinorum temples only recruited a small number of individuals each year. To deploy an Execution Force was a gamble as their loss would seriously weaken the Officio Assassinorum who might takes years to replenish the assassins that may potentially be lost on their mission.[1]

This means that the deployment of an Execution Force was a rare order and only done so when an entire sector's future may hang in the balance.[1]

The first known Execution Force was formed to assassinate the traitor Primarch Horus Lupercal during the Horus Heresy of M31. While the mission resulted in failure and the death of all members, the Execution Force did manage to eliminate a counter-assassin tasked by Erebus of the Word Bearers with eliminating the Emperor.[2]