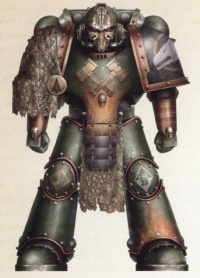 Firedrake during the Horus Heresy

The Firedrakes were the elite Terminators of the Salamanders Space Marine Legion during the Great Crusade and Horus Heresy.

They were chosen not simply because of their skill but also because of their resilience, discipline, and self-sacrificing nature (these being the traits that the Promethean Cult holds in the highest esteem). Firedrakes possessed a singular focus in battle which bordered on preternatural and legendary resilience - a matter as much to do with their willpower as their superhuman physiology. Firedrakes could be found fulfilling numerous rules throughout the Salamanders ranks rather than concentrated into elitist cadres (as was the case in most other Legions). The exception to this, however, was the Pyre Guard, who served as Vulkan's praetorian guard and advisers.[1] 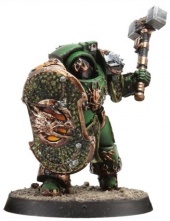