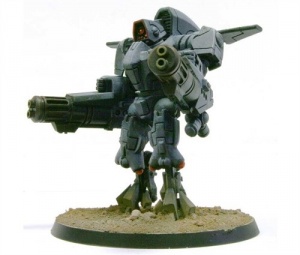 Based on similar Fusion Gun technology, the Fusion Cascade engulfs its target in powerful melta energy. Though each individual shot lacks the same power as its Imperial equivalent, the Fusion Cascade fires in bursts, allowing it to overwhelm the target.[1]