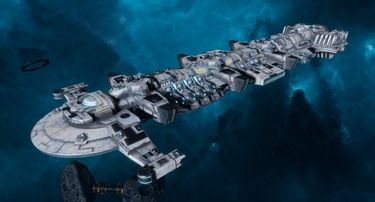 The Gal'leath class battleship (known as the Explorer among the Imperials) was the first major interstellar vessel developed by the Tau.