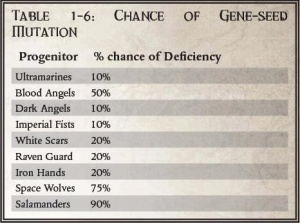 The Grey Knights are unusual in that the source of their gene-seed is the Emperor's own, unaltered, genetic code.[13][14]