The Gothic War series by Gordon Rennie consists of two Black Library novels, two short stories and a comic strip as tie-in fiction for the space combat wargame Battlefleet Gothic, and the books were later included as official products for the Eye of Terror campaign. They describe the role of the Imperial Cruiser Lord Solar Macharius under Captain Leoten Semper in the events of the Gothic War. The first book Execution Hour was published in 2001 and the sequel Shadow Point in 2003. 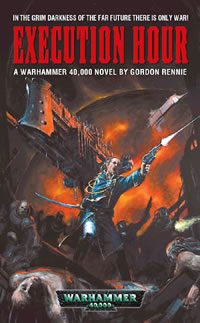 Execution Hour tells the story of the Lord Solar Macharius during the early part of the Gothic War, featuring the notorious Planet Killer. 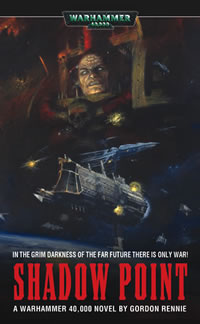 Shadow Point follows Captain Leoten Semper and his crew during the middle of the Gothic War, including their part in the Battle of Gethsemane.

As Captain Leoten Semper takes command of the Lord Solar Macharius for the first time, Chaos warships attack in the first major incident of the Gothic War.

Defending a convoy to Orar, Captain Semper decides to go back and defend two lagging transports rather than leave them to the predations of the pirate "Wolf Packs".

The Macharius enters an uncharted Space hulk graveyard, and comes under attack from a lurking Chaos warship. 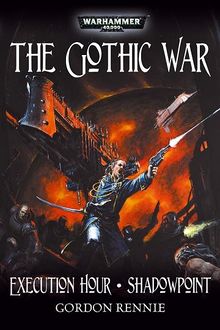 An omnibus volume that collects the original two novels and the "Battlefleet Gothic" comic. It was made available through the Black Library's print-on-demand service.

Gordon Rennie originally planned to write a trilogy of Gothic War novels, with the first (Execution Hour) set at the start of the war, the second (Shadow Point) set in the middle and a third novel set at the end. Provisionally titled "Suicide Run", it was planned to focus on the Blackstone Fortresses, but was never written.1