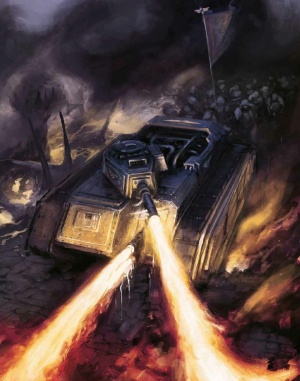 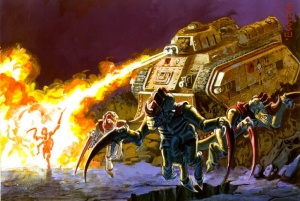 In its original incarnation, the Hellhound was not based upon the Chimera chassis, consisting instead of a tall guntower atop an armored tracked body. The tower mounted a front-facing Dragon Firethrower, giving the tank its nickname.[6]