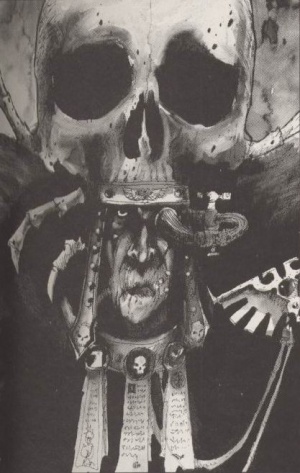 The position of Lord Commander of the Imperium, first held by Roboute Guilliman, continued after his wounding at the hands of Fulgrim. There were still holders of the title, often simply referred to as "Lord Guilliman" in the Primarch's honor, until at least mid-M32. The Lord Commander served as the Chairman of the Senatorum.[18] Following the rebirth of Guilliman in the closing days of M41, he has assumed the title of Lord Commander alongside Imperial Regent.[25]

The first known complete composition of the modern High Lords was that during the War of the Beast in 544.M32, shortly before the Beheading, they included:[18]