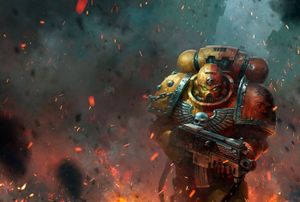 The Howling Griffons are a Space Marine Chapter with a long and glorious history.[17] 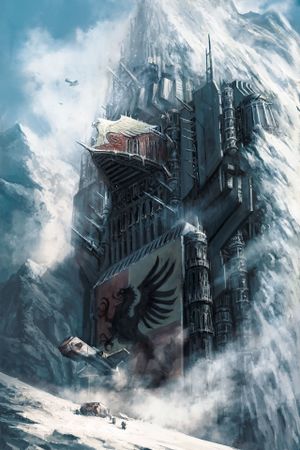 The Howling Griffons are staunch traditionalists and consider their primary role to be defenders of the Imperium and an instrument of the Emperor's ideals. They see the Codex Astartes as a treatise that has yet to be bettered, rather than holy scripture. As a Chapter, they do not specialize in any one form of warfare and as such maintain an even balance across all disciplines covered by the Codex. Competition within the Chapter is high, but never allowed to degenerate into discord.[7]

They take special pride in their oaths, seeing each as an eternal conflict until the deed is finished. Before battle, additional oaths are added to their already exceedingly long lists, some for the chapter and others more personal. Once an oath is taken, a battle brother goes to extreme lengths to complete it and it is never forgotten, even after decades. Completed or satisfied oaths are a badge of honor, often inscribed on parchments or directly in the armor of the Howling Griffons Space Marines.[2]

The events of 220.M38 has set the Chapter on a dangerous road. Upon being raised to the rank of full Battle-brother, each warrior takes an oath to avenge the fallen whenever possible and as a Chapter the Howling Griffons have sworn to destroy Periclitor whatever the cost, even if this means going into the depths of hell itself[7].

Due to their glorious battle records and a near permanent campaigning status, they have gained the right to recruit initiates from several different worlds, including Dennar IV, in order to counteract the high levels of attrition that they face. As their main point of recruitment Mancora is kept in a constant state of warfare in order to provide them with a solid base of well disciplined initiates. The high birth rate of psykers on Mancora has also led to a high number of powerful Battle-Psykers within their ranks.[7]

The Howling Griffons are known to have seconded many Battle-Brothers to the Deathwatch over the years.[17] 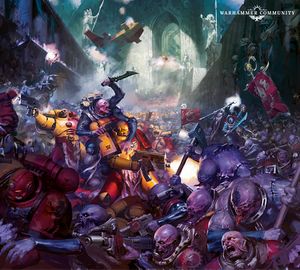 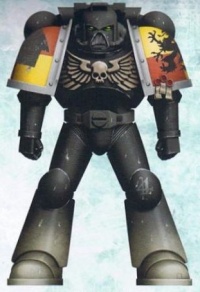 As with many of the Howling Griffons stationed at the Khymara system during the Badab War, many of the battle-brothers still maintained their Codex Approved Night World Battle Livery from their prior deployment in the Caradryad Sector.[7]

During activities on Khymara during the Badab War, the Howling Griffons wore approved Night World camo which combines black armour with a grey chest eagle. The shoulder pads are quartered red/yellow with grey rims and Sergeants wore grey helmets. Khymara camo for Terminators was pure black with the right shoulder bearing the red/yellow quartered livery. The Terminator's Power Fists were also painted red.[7]

Noted Elements of the Howling Griffons

Notable Members of the Howling Griffons

In the 1st edition of the novel Dark Imperium, Alvaro is stated to be Chapter Master of the Howling Griffons during the Indomitus Crusade. However the 2021 2nd edition changed this to Kenot Friche for unknown reasons.[20]