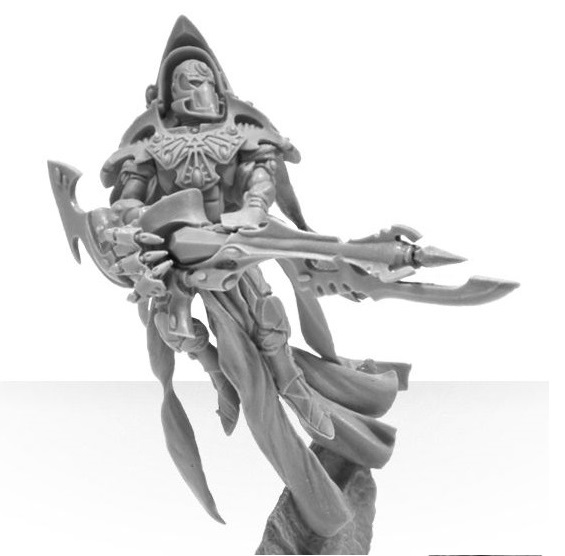 Irillyth also known as Irillyth the Shade of Twilight is the Eldar Phoenix Lord of the Shadow Spectres Aspect Warriors.[1]

Once a disciple of Asurmen, the first Eldar Phoenix Lord, Irillyth founded the Shrine of the Shadow Spectres on the Craftworld of Mymeara. Drawn to the small Craftworld in response to a vision of doom, Irillyth served Mymeara proudly, leading its warriors in the skills of stealth and swiftness - and all-consuming firepower. After many years, the Phoenix Lord led a great war host to the mysterious world of Bethalmae to destroy a race that would come to rise against Craftworld Mymeara thousands of years into the future. Irillyth and his host never returned to the Craftworld; with their Phoenix Lord lost, the Shadow Spectre aspect fell into decline.[1]

Many years later in M41, the armour containing Irillyth's spirit was discovered by Mymeara on the human Ice World of Betalis III. Mymeara, Alaitoc, and Eldar Corsairs were dispatched to assault the world and recover Irillyth, and were successful in resurrecting the Phoenix Lord.[2]

The Spear of Starlight

Irillyth wields a unique, beautifully-crafted Prism Blaster with an integrated Power Glaive. His expertise with this weapon allows him to use it equally effectively at extreme range or in close-combat, as well as on the move. The Spear is able to be used in conjunction with a Spectre Squad's ghostlight.[Needs Citation]