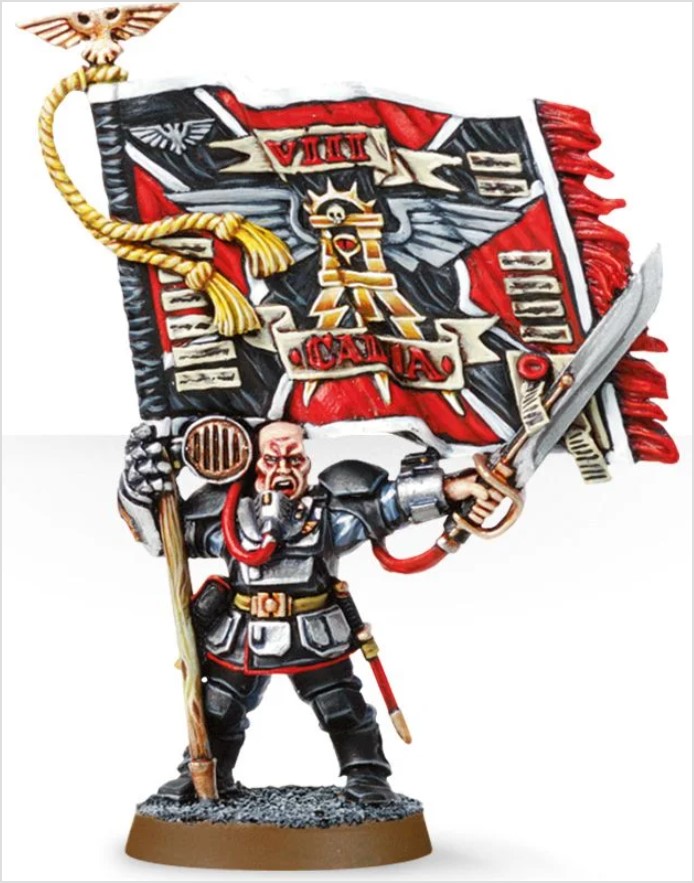 Jarran Kell was a Colour Sergeant of the Cadian Shock Troopers, and the right-hand man of Lord Castellan Ursarkar E. Creed.[1]

Creed met Jarran Kell while both were serving in the Whiteshield Regiment. The brooding, silent boy and the garrulous, expansive soldier formed an unlikely friendship that has lasted for a lifetime.[1]

Where Creed is silent and calculating, Kell is roaring and booming as only a colour sergeant can be. He is a trusted companion who recognises Creed is Cadia's only chance to survive the dark days ahead. As such he has made it his life's work to keep Creed from harm and has the scars and wounds to show it. Kell is rarely away from Creed's side, his roaring, booming amplified voice drowning out the cries of the enemy and making sure Creed's orders are heard.[1]

During the Thirteenth Black Crusade, Kell fought alongside Creed on the surface of Cadia. When Abaddon the Despoiler sought to decapitate the Imperial command by sending the Bringers of Despair to assassinate Creed, Kell led a rearguard action to buy his commander time to escape. Kell was killed as Creed successfully evacuated, vowing revenge.[3]