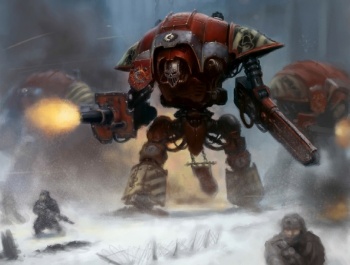 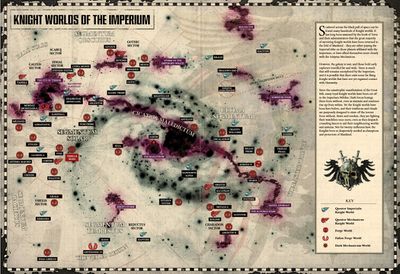 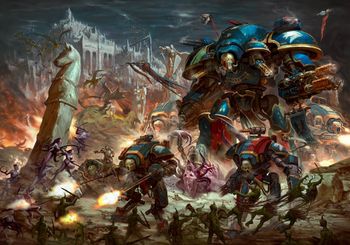 During the early Great Crusade, the Rogue Trader Militant Bastian Jeffers discovered the first Knight World and many were subsequently sought out and assimilated into the fledgling Imperium. Later during the Horus Heresy, many Knight Worlds and their Knight Houses pledged their banner to the traitorous Warmaster.[11a]

In the current Age of the Imperium, these Knights fight alongside the Titans and form a reserve of troops which can be called up into the Titan Legions when required. Each Knight is piloted by a noble of the Knight Worlds, these worlds having maintained their feudal societies over the millennia. Indeed, the acquisition of technology enabled the warrior nobility to strengthen its position of power on their worlds.[1] Some Knights do not owe allegiance to any House, and instead wander the galaxy as Freeblade Knights.[4]

Knight Houses sworn to the Adeptus Terra are led by a High Monarch. Directly beneath them are a number of Barons, which each rule a fief of territory. While all Barons owe allegiance to their king or queen, all are not equal and some have different ranks. The baronial rank of Kingsward protects his liege on the field and at court.[6a][18] A pair of crossed swords signify rank of Kingsward.[6b] Others may serve as the King's herald or the gatekeeper of his fortress. Each Baron in turn controls a number of Knightly Vassals, which operate alone or in formations known as lances.[7a][18]

Besides these broad titles and ranks, a number of lesser and more exotic Household ranks also exist. These include:[17]

As well as the threat presented by hostile Houses, Knights had to conduct frequent battles against their worlds' indigenous predators. Hunting these beasts honed their martial skills into a deadly art. The Knights themselves would retire when they reached old age, passing their Battle Armour down to their heir, and in its stead donning the armour of a Knight Warden. They would then take the task of protecting the household and lending its members their advice. Knights formed family units to fight with the Titan Legions or alongside the Imperial Guard. Knights of a given house would be led by a noble holding the rank of a Lord, or the corresponding title of a Seneschal if he happened to be a Warden.[3] 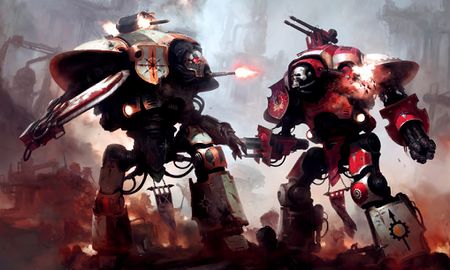 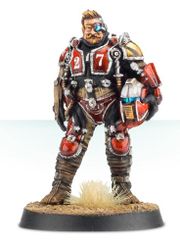