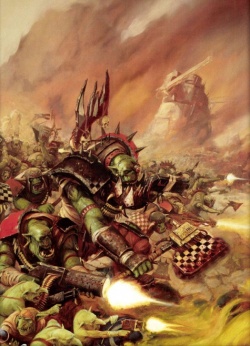 In the 41st Millennium another extremely powerful Ork warboss, Ghazghkull Mag Uruk Thraka, began wreaking havoc across the Galaxy by invading Armageddon twice. He leads the Great Waaagh! and has been spotted in several warzones across the Galaxy. The Ork race hails Ghazghkull as the prophet of the Ork Gods, Gork and Mork.[15] 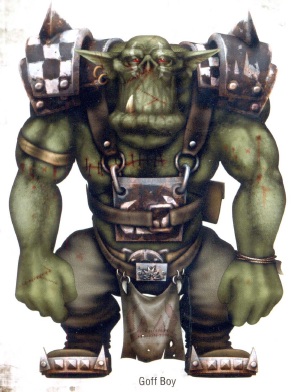 Main article: Ork Clan
Whilst an Ork will belong to a tribe, they also belong to a Clan. Whilst tribes are constantly changing, breaking apart and reforming, clan ties are stable and enduring. Ork Clans are not communities but rather philosophical delineations representing the various aspects of the Orkish character. Each Clan has its own colours, markings, characteristics and ways of waging war.[Needs Citation] 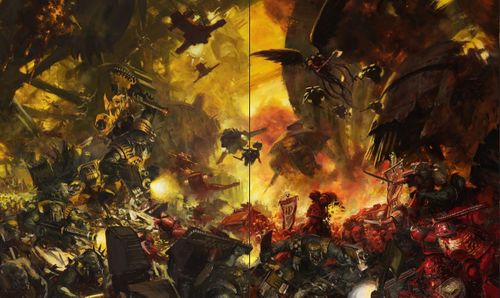 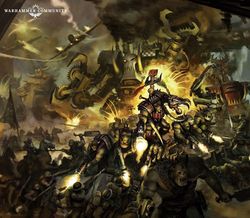 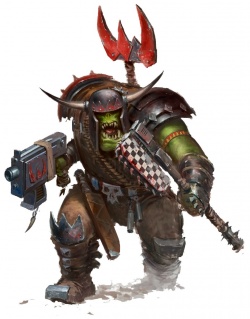 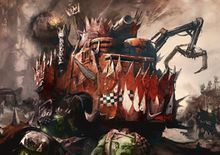 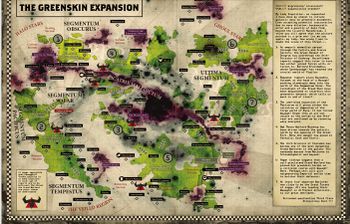