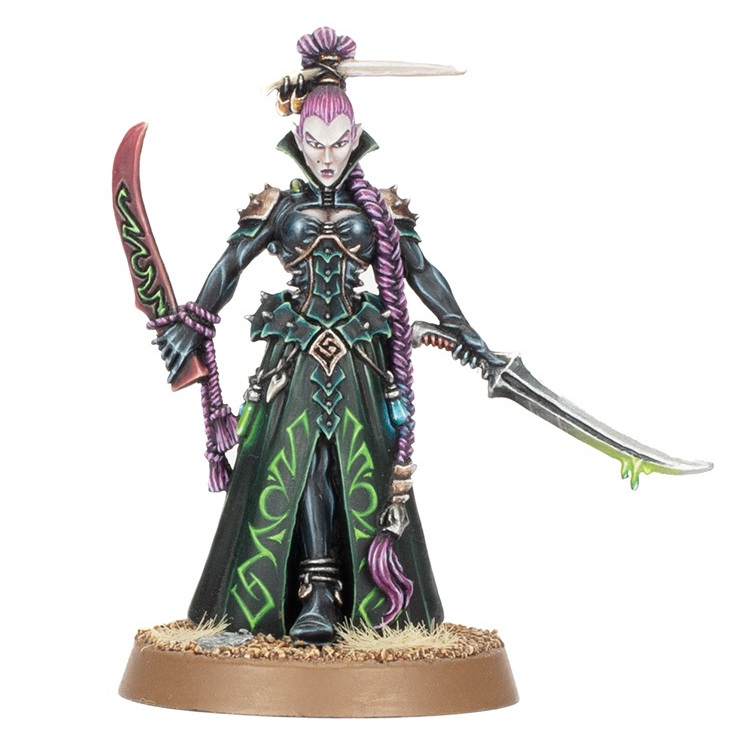 Lhamaeans are courtesans that frequently are seen among an Archon's Kabal and are one of the most desired in a Dark Eldar Lord's Retinue.[1]

These women are members of the mysterious sisterhood of Lhilitu who are well known for being extremely imaginative lovers and are skilled poisoners who know no equal to their art. They are believed to be descended from the original Cult of Lhamea who in turn drew much of their knowledge from Shaimesh, the Father of Poisons. As a result, their skills in the art of poison craft mean that an Archon with a Lhamaean in their court benefits from a steady stream of virulent toxins that they willingly share with their lord before a raid into realspace. Such is their reputation that it is said that a kiss from a Lhamaean into the air is capable of killing beings within seconds.[1]

In battle, Lhamaean wield Shaimeshi Blades which can cause their enemies to die in nonporous agony with a single scratch.[3]