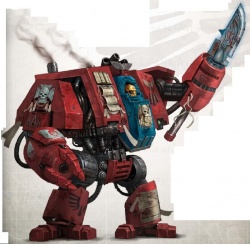 The Librarian Dreadnought is a variant of the Furioso Dreadnought design utilized by the Blood Angels.

Piloted by crippled and wounded Librarians from the Chapter, Librarian Dreadnoughts are perhaps the most lethal of their kind. They combine the psychic might of a Librarian with the unyielding body and heavy firepower of a Dreadnought.[1] 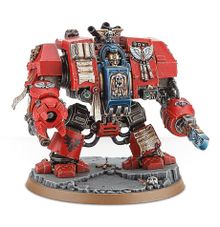