Lord General Militant, also known as Lord Militant,[2] is the highest conventional rank within the Imperial Guard. They are in charge of whole battlegroups of Imperial Guard regiments and are assigned to their combat theatres by the Departmento Munitorum. Their recommendation to both the rank and active command is based on family ties and previous experience and service. They also receive extra training in order to be able to handle the vast numbers of personnel given over to their command. A General Staff is formed around the Lord General Militant from both the regiments tithed to his command and specialists issued by the Munitorum. There is only ever one Lord General Militant active in a sector.[Needs Citation] 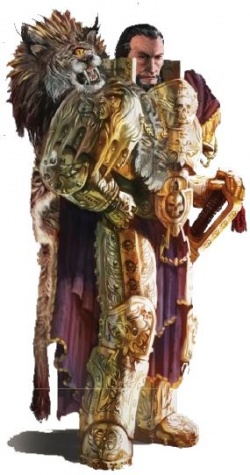