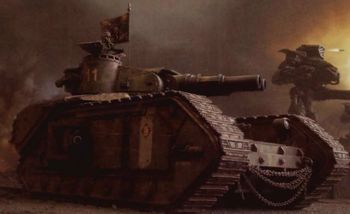 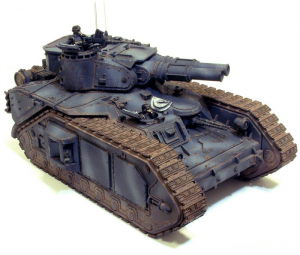 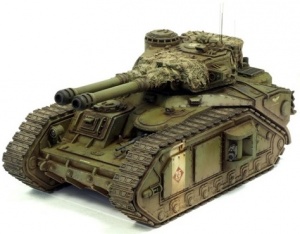 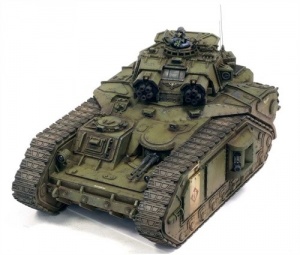 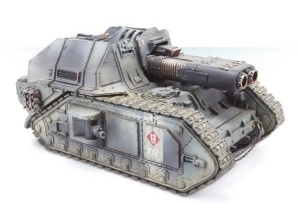 The Macharius 'Omega' is a relatively new addition to the Imperial arsenal, armed with a mighty Omega-pattern Plasma Blastgun. The Omega-pattern Plasma Blastgun, unlike the Ryza-pattern found on Imperial Titans, is a more compact design that is easier to manufacture.[3d] The STC for this weapon was originally discovered by Explorator-Magus Hum'nal in late M39, but a Mechanicus schism over the purity and completeness of its template delayed the testing and eventual deployment of the Omega pattern weapon for centuries.[4] While this allows it to be mounted on smaller vehicles, it is also highly unstable and more prone to overheating than its larger cousin. The comparable ease with which the Macharius 'Omega' can be manufactured and maintained has more then overcome its shortcomings in the eyes of the Departmento Munitorum[3d], and large quantities of resources have been devoted to the forge worlds which produce them such as Lucius, Hellgrace and Dynax Primus. Subsequently, the Omega has proven its worth on the battlefield of Orask, Nicanodes and in counter assaults against the Tyranids on the Sable Nebula.[6a]