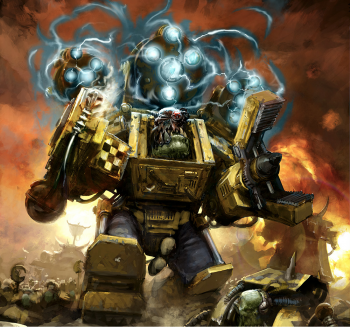 Meks have access to the most advanced wargear in any Ork warband, including:[7a][7b][2c]

Meks also oversee the use of various powerful and exotic heavy weapons operated by Grotz, known collectively as Mek Gunz.[9]