Metalica (also Metalicus [Needs Citation]) is a Forge World situated close to the Ork Empire of Charadon. It is home to the Legio Metalica.[1a] 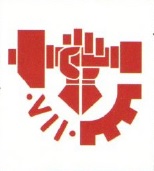 The planet is formed almost entirely of metal, and no flora or fauna live on the world. Even the atmosphere is inimical of life. It has not always been this way, but rather a concentrated effort by its Tech-Priests to transform the planet into the example of the Cult Mechanicus ideal many millennia ago.[2b][9]

Metalica was able to use its Legio Metalica Titan Legion to defend the world during the Age of Strife, fending off some 32 Xenos invasions. This allowed it to eventually not only survive but flourish, and by the time of the Great Crusade it had formed an empire of some dozen neighboring systems.[10]

First contact with the Imperium was made by the 1159th Expeditionary Fleet, whose ambitious but impetuous commander hastily engaged in hostilities with Metalica's outlying holdings. This saw the Metalican defence fleet lay waste to the Imperials, until Tech-Priests with the Crusade were able to reestablish diplomatic efforts. The Tech-Priests noted the STC-based designs of Metalica and judged them as loyal followers of the Machine God. An agreement was eventually reached and Metalica joined the forces of the Imperium. Its forces gained much fame during the remainder of the Great Crusade.[10]

During the Horus Heresy, Metalica's loyalty would be questioned multiple times. Though the world itself remained loyal, traitor elements are known to have been created and damaged the Forge World's reputation.[10]

In 923.M39, the Elucidan Schism devastated the planet and has become a center of Electro-Priests ever since.[3]

Metalica has provided much support to Armageddon, making up the forefront of the Mechanicus effort in the First, Second and Third wars for the planet.[2b][3]

Age of the Dark Imperium

Shortly after the Plague Wars of M42 Metalica was threatened by Ork invasion. However Ultramarines Chapter Master Marneus Calgar was able to slow the horde through rapid strike tactics.[5]

Sometime after the formation of the Great Rift, Metalica was invaded by the Death Guard in what became known as the War of Slime and Metal. It has since been threatened again by a Death Guard-led force in the Charadon Campaign.[6] besieged by a Warp Rift known as The Sore and invaded by the vast forces of Chaos led by Typhus, at the height of the battle the Death Guard Lord was able to penetrate the inner sanctum of Metalica and deliver a computer phage known as the Nemesis Wurm. The Chaos forces withdrew afterwards, leaving Metalica devastated. However the Forge World remains all but crippled, for while the Mechanicum initially was able to eradicate the mutations and entropy caused by the Wurm it always manifests once more 7 cycles later. This cycle has continued over and over, with the Mechanicum unable to cleanse their world of taint.[11]