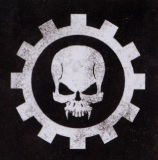 Symbol of the Clan Avernii

The Morlocks are the Veteran elite of the Iron Hands.[2]

Drawn from the Avernii Clan[2] the Morlocks were named after predators from their homeworld of Medusa and were the toughest warriors within the Legion. As such, they often stood guard at the Anvilarium on the Fist of Iron where Ferrus Manus resided. A detail of Morlock Terminators that watched over their Primarch were killed when Fulgrim's Phoenix Guard turned traitor and slaughtered them during the early stages of the Horus Heresy. The remaining Morlocks were transferred onto the Ferrum for deployment with the Loyalist Legions against the traitor forces at Istvaan V.[1] 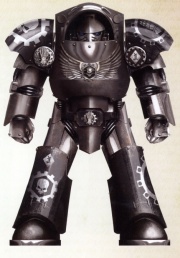