Nemesis by James Swallow is the thirteenth book in the Horus Heresy Series. The novel was released in August 2010 and was the second novel in the Horus Heresy series to become a New York Times bestseller, after Graham McNeill's A Thousand Sons. It was later included in "The Novels: Volume 3" eBook collection.

After the horrors of Isstvan V, Horus declares outright war against the Imperium. In the shadows of the Emperor's Palace, powerful figures convene. Their plan is to send a team of assassins to execute the arch-traitor Horus and end the war for the galaxy of mankind before it's even begun. But what they cannot know is that another assassin is abroad already, with his sights firmly set on killing the Emperor.[1] 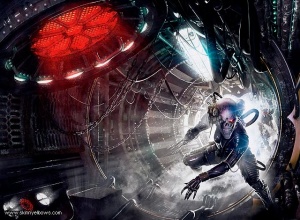