The Nicassar are a psychic xenos race who were the first addition to the Tau Empire.[1]

The Nicassar are highly psychic. Because of this, the Tau have carefully kept them hidden from the Imperium for fear of igniting the worst excesses of human xenophobia.[1]

Physically, Nicassars have ivory hair-quills and stubby, clawed limbs. They possess no eyes, instead sensing their surroundings with psychic abilities generated by glands in their avian skulls.[2][3]

When communicating with Tau, a Nicassar always floats in a special healsphere.[2] They are described as having limited mobility and being unfit for ground combat, and so further the Greater Good by providing ships for the Tau fleet, especially for the roles of scouting and exploring.[1] The Nicassar are driven by an insatiable curiosity to explore and travel, becoming semi-nomadic and most content when traveling. They are able to place themselves into a state of hibernation, allowing them to survive for long periods.[1] 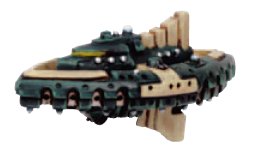 The Nicassar ships known as Dhows are small, maneuverable, yet elegant yachts propelled by the psychic powers of the captain. But they lack any real interstellar capability. As such, they are often towed by Tau ships, and also provided with upgraded Tau weaponry, or they will travel slowly for centuries while in hibernation. Often for a longer journey a Nicassar family will join together to form a larger community, with crew alternating between hibernation.[1]