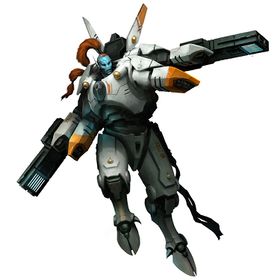 "To follow any path other than the Tau’va is to doom us all. Only together and with courage and discipline shall we stand victorious. Fight with fire and courage and nothing can stand against us."[11] 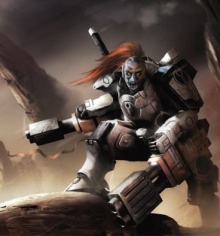 Later, Shadowsun was taken out of cryo-stasis to command the newly christened Fifth Sphere of Expansion on the other side of the Startide Nexus. During the fighting, Shadowsun expressed frustration with Fourth Sphere Tau led by Surestrike, which displayed excessive brutality and xenophobia. Shadowsun, with the cooperation of the Ethereal Council, eventually disciplined the Fourth Sphere commanders.[6a] Shortly after she engaged in overseeing the defense of the Startide Nexus against Death Guard forces.[6b] After the mysterious conclusion of the battle, Shadowsun directed Fifth Sphere campagins at the Chalnath Expanse and Astorgius.[10] She is currently organizing a defense of the Fifth Sphere against a massive Ork horde threatening the Chalnath Expanse and the Nem'yar Atoll.[12]