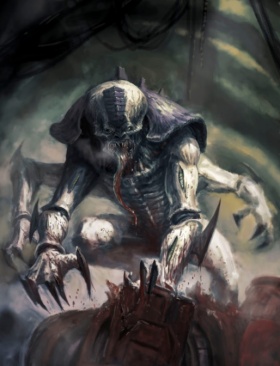 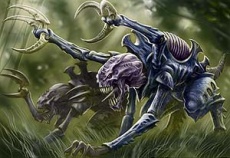 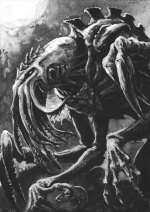 A group of Genestealers of several generations. The Magus is giving orders, but notice also the much larger Patriarch behind him. 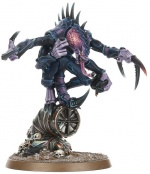