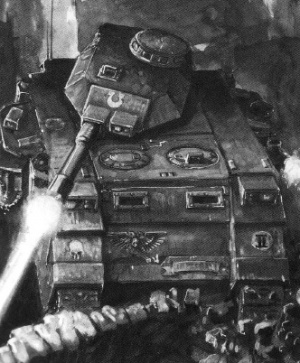 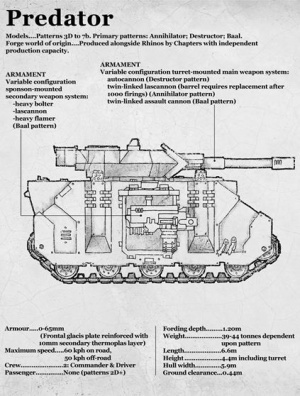 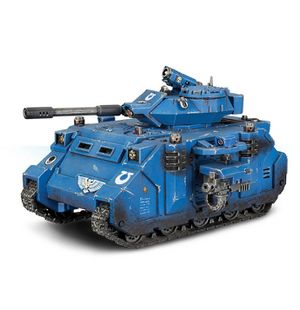 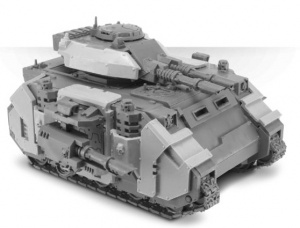 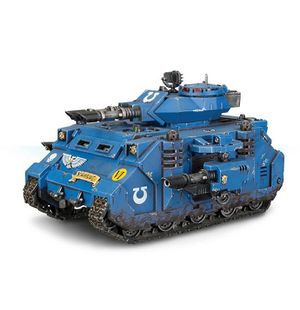 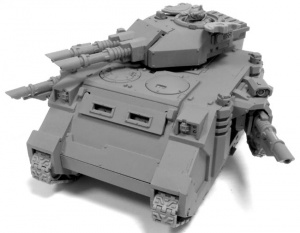 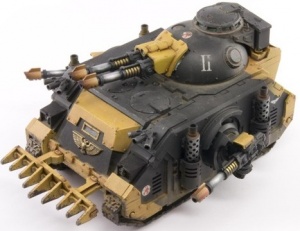 When they first rebelled against the Emperor, the Traitor Legions took with them their Predator Destructors, many of which still remain operational over 10,000 years later.[3] Though they share some similarities to their Loyalist cousins, many of these once-noble machines have been twisted and warped by the power of Chaos, including outright possession by Daemons.[3] Older patterns of Chaos Predators dating back to the Great Crusade and Horus Heresy are known as Infernal Relic Predators.