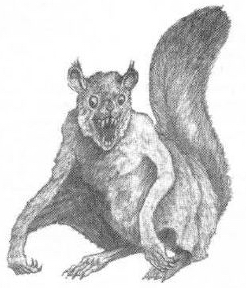 Ptera-squirrel is a creature widespread in the Imperium.[1]

It resembles a fluffy squirrel with thin membranes between their extremely long fore-limbs and their rear-limbs. This membranes enable them to fly.[1]

It is famous for it cute furry appearance, living for their own generation as soft-furred bundles of fun. Then it turned out that by some, not very well known reason, in one of the next generations Ptera-squirells began turned to a dangerous blood-drinking carnivores. Apparently Ptera-squirrels live as a harmless and peaceful animals only for some generation and then produce the abominations as next scions. It is not known exactly what prompts the change between two forms, but the Ptera-squirell became one of a common pests throughout the Imperium.[1] 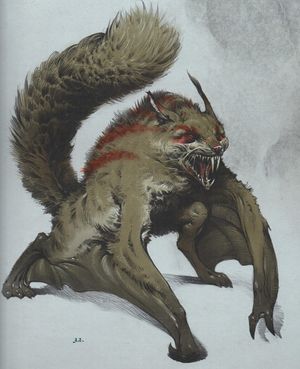