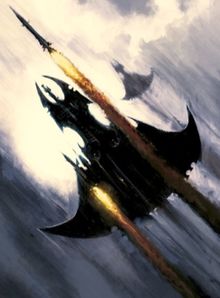 The Razorwing is a supersonic flyer employed by the Dark Eldar.[1a]

The Razorwing is named after the winged-lifeform of the Syros Subsector Deathworlds.[2] It is of a similar design to the Nightwing fighter utilised by the Craftworld Eldar.[Needs Citation]

The Razorwing has an impressive weapons layout for a vehicle of its size, typically being armed with twin-linked Splinter Rifles, two wing-mounted Dark Lances and four missiles. Razorwing pilots are highly skilled at high-speed combat, generally having come from the ranks of the most elite Reaver Jetbike riders.[1a]

The Razorwing can be equipped with one of several types of missile; known types include: 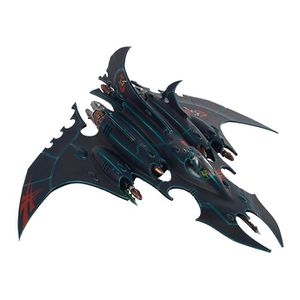