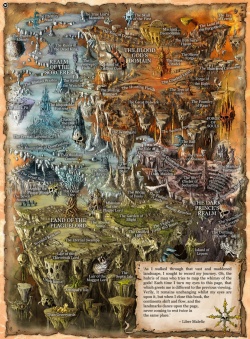 In the early history of the galaxy, the powers of the Warp had yet to form into distinct entities. At this time, the emotions of mortals flowed and ebbed as water does in a stream. As the mortal races grew and prospered, so did the strength of their emotions. Eventually, the gods grew to such a point where they could act independently of the general flow of emotions and thus became the Gods of Chaos. They reached into the dreams of mortals and demanded praise and servitude in order to increase their own power, as the more one emotion is exhibited (in both thought and action) the stronger that god becomes.[1]